There was a popular story in the time of Solomon, which goes like this: Once, King Solomon received two baskets of rare flowers from the envoy of a neighboring kingdom. These two baskets of flowers were extremely alike in their leaves and petals. The envoy said to King Solomon, “Your Majesty, of these two baskets of flowers, one is that of genuine flowers and the other artificial ones. Sire, your wisdom is famous all over the world, and all the people in my country admire you. Your Majesty, please differentiate for us the basket of genuine flowers from that of artificial ones, and the people in my country will surely celebrate your inexhaustible wisdom.”Thereupon, King Solomon commanded his attendants, “Take these two baskets of flowers to the garden.” None of his courtiers knew what their king would do. After a while, Solomon led his courtiers and the envoy to the garden to admire the flowers. The garden was full of beautiful, blooming flowers giving out sweet fragrance, and many bees were buzzing around from flower to flower, collecting honey. Looking at the two baskets of flowers, Solomon said smilingly, “The flowers in that basket are exceptionally beautiful, but attract no bees. Those in this one, attracting bees, are genuine flowers.” His courtiers and the envoy of the neighboring kingdom all gasped in admiration, “You are really a wise king!” 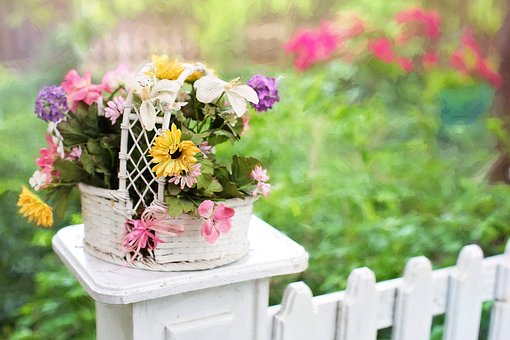 This is a simple story, but it reflects Solomon’s wisdom, and from it we can also find the spiritual meaning. Only the flowers with life can give forth fragrance, secrete nectar, and attract bees; the flowers without life, on the contrary, are dead, and they cannot send forth fragrance to attract bees or secrete nectar for bees to gather even if they look very similar to the real ones.

After reading the story of King Solomon telling the genuine flowers from the artificial ones, I couldn’t help thinking: Now there are many believers in the Lord Jesus devoutly waiting for His return, but they at the same time refuse the gospel of His return for fear of being deceived, because of these words of the Lord Jesus in the Bible: “Then if any man shall say to you, See, here is Christ, or there; believe it not. For there shall arise false Christs, and false prophets, and shall show great signs and wonders; so that, if it were possible, they shall deceive the very elect” (Matthew 24:23-24). In fact, God’s purpose in saying these words was for us to learn to discern false Christs, and not for us to refuse the gospel of His return because of the appearance of false Christs during the last days. If we give priority to guarding against false Christs for fear of being deceived and pay no attention to listening to and recognizing God’s voice, then how can we meet the Lord’s return? Take Peter and the Samaritan woman for example. They recognized that the Lord Jesus was the coming Messiah because they had heard His words. Revelation 3:22 says, “He that has an ear, let him hear what the Spirit said to the churches….” And Roman 10:17 says, “So then faith comes by hearing, and hearing by the word of God.” Hence when we hear the gospel of the Lord Jesus’ return, we should first seek and investigate it to discern whether it is His return, so that we will not miss the chance to be reunited with the Lord.

To meet the Lord’s return, we must first understand what is Christ, and know how to discern the true Christ from false ones. Let’s see what God says about it. God says, “God become flesh is called Christ, and so the Christ that can give people the truth is called God. There is nothing excessive about this” (“Only Christ of the Last Days Can Give Man the Way of Eternal Life”). From God’s words, we can see that only God become flesh is called Christ. Christ is God’s Spirit materialized in the flesh, is God appearing, and is God clothed in flesh to do His own work. Although in appearance Christ is an ordinary, normal man, His substance is the divinity, and the work He does is God’s work. Then how can we discern the true Christ? God says, “To investigate whether it is God’s incarnate flesh, man must determine this from the disposition He expresses and the words He speaks. Which is to say, whether or not it is God’s incarnate flesh, and whether or not it is the true way, must be judged from His substance. And so, in determining whether it is the flesh of God incarnate, the key is to pay attention to His substance (His work, His words, His disposition, and many more), rather than external appearance. If man sees only His external appearance, and overlooks His substance, then that shows the ignorance and naivety of man.” From God’s words, we can know that to discern the true Christ, we should mainly discern Him from His substance, rather than external appearance; that is, we should discern Him from His work, His words, and His disposition. Christ can give man the truth, provide man with life, and express God’s righteous disposition and the wisdom of His work. Christ is the holy, righteous God Himself. Take for example the Lord Jesus in the Age of Grace. He was no different from ordinary, normal people in appearance, but He expressed many truths and bestowed the way of repentance upon man. Through manifesting a disposition dominated by mercy and lovingkindness, He taught people to forgive others seventy times seven, healed the sick, cast out demons, performed many miracles, and led them out of the bonds of the law, and He was crucified and completed the work of redeeming all mankind. The words and work of the Lord Jesus most indisputably proved that Christ is the truth, the way, and the life. Today, Almighty God—the Lord Jesus who has returned to flesh—has brought a new age, the Age of Kingdom. He has expressed millions of words and carried out the work of judgment of the last days. He judges and purifies man with His righteous and holy disposition, so that man will no longer live in the cycle of sin and confession, and will ultimately be free from the bondage of sin, fully saved and perfected by God. The words of Almighty God have revealed to us all mysteries and told us God’s will for mankind, the outcomes of all kinds of people, and the work God intends to accomplish, so that we can have more ways to practice the truth. From Almighty God’s words and work, we can see that He is the embodiment of the truth. His work also proves that Christ is the truth, the way, and the life. These are forever unattainable by false Christs.

Then how should we discern false Christs? God says, “If a man calls himself God yet is unable to express the being of divinity, do the work of God Himself, or represent God, he is undoubtedly not God, for he has not the essence of God, and that which God can inherently achieve does not exist within him” (“The Difference Between the Ministry of the Incarnate God and the Duty of Man”). “If, during the present day, there is to emerge a person who is able to display signs and wonders, and can cast out demons, and heal, and perform many miracles, and if this person claims that they are the coming of Jesus, then this would be the counterfeit of evil spirits, and their imitation of Jesus. Remember this! God does not repeat the same work. Jesus’ stage of work has already been completed, and God will never again undertake that stage of work. … If, during the last days, God still displayed signs and wonders, and still cast out demons and healed—if He did exactly the same as Jesus—then God would be repeating the same work, and the work of Jesus would have no significance or value. Thus, God carries out one stage of work in every age. Once each stage of His work has been completed, it is soon imitated by evil spirits, and after Satan begins to follow on the heels of God, God changes to a different method; once God has completed a stage of His work, it is imitated by evil spirits. You must be clear about these things.” “Today, God has come to bring an end to the Age of Grace and cast out all the practices of the Age of Grace. … The God of today does not display signs and wonders, nor does He heal and cast out demons. When Jesus came, the work He did represented one part of God, but this time God has come to do the stage of work that is due, for God does not repeat the same work; He is the God that is always new and never old, and so all that you see today is the words and work of the practical God” (“Knowing God’s Work Today”).

From God’s words, we can know that God is always new and never old and His work is always progressing forward. Today, Almighty God, Christ of the last days, has new work. He does not display signs and wonders, heal the sick, or cast out demons; but rather, by expressing the truth, He does the work of judging, purifying, and perfecting man and shows man the ways of practice in the new age. So if a person who can display signs and wonders, heal the sick, and cast out demons claims to be Christ, he is absolutely an evil spirit that counterfeits the work of Jesus. Once God has completed a stage of His work, the evil spirits will follow on the heels of Him and imitate the work He has finished. If man doesn’t have discernment, he will be deceived.

Moreover, false Christs possess no truth, nor can they express any truth. They can only imitate God’s former work and deceive people by displaying some small miracles and wonders, but they can never imitate such miracles displayed by the Lord Jesus as “feeding five thousand people with five loaves and two fish,” “bringing Lazarus back from the dead,” “rebuking the winds and the sea,” and so on. They are evil spirits that counterfeit the work of the Lord, and they don’t possess the authority and power to rule over or control all things, which are completely determined by their substance. Just as God says, “Sooner or later, those fake Christs will all fall, for although they claim to be Christ, they possess none of the substance of Christ. And so I say that the authenticity of Christ cannot be defined by man, but is answered and decided by God Himself” (“Only Christ of the Last Days Can Give Man the Way of Eternal Life”). So, if we can master the principles for discerning between the true Christ and false Christs, we will not be afraid of being deceived. The truths expressed by Almighty God today can enable us to differentiate between all positive things and negative things. If we don’t seek, investigate, and accept the salvation of Christ of the last days for fear of being deceived, we will miss God’s salvation in the last days.

Gospel Movie Clip: Discerning the True Christ and False Ones | The Church of Almighty God

View all posts by theappraranceoftruegodalmightygod