David was a king who was deeply venerated and supported by the Israelites.

At the mention of David, many of his brave deeds will appear in my mind: He killed the giant Goliath by slinging a stone at him; he bravely went out to battle and won every battle; he praised Jehovah God with the psaltery and harp. … But I also remember his blemish—killing Uriah and taking his wife Bathsheba by force.

How should we look upon David? In what ways is it worthwhile for us to emulate about him?

END_OF_DOCUMENT_TOKEN_TO_BE_REPLACED 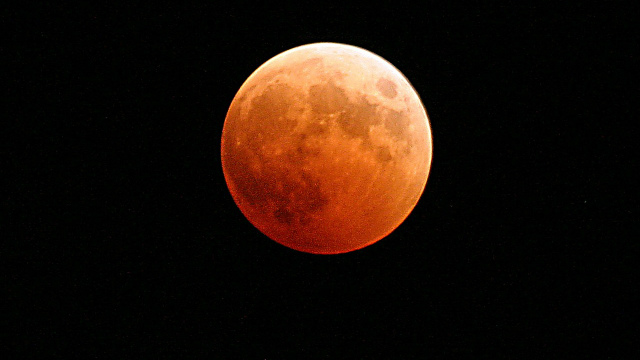 It said that the eclipse won’t be visible to observers in North America. But lunar scientist Noah Petro, of NASA’s Goddard Space Flight Centre, believed that observers in much of Africa, the Middle East, Southern Asia, and the Indian Ocean region will get an eyeful, given cooperative weather. Observers don’t need any kind of special equipment; they can see the spectacular blood moon with naked eyes or ordinary telescopes.

Frequent Appearance of the Blood Moon Draws the World’s Attention

This total lunar eclipse will last for a long time, which attracts the attention of astronomers. Also, it causes Christians to think: The blood moon reappears, and how soon will the great and terrible day of Jehovah come?

Paul Begley, a Christian missionary in Indiana, believed that July 27 is not the end of the world, but it can be seen that the blood moon was prophetically prophesied of the last days in the scriptures from Acts 2 and Revelation 6.

The blood moon also once occurred several times. Especially the appearance of the four blood moons during 2014 to 2015 coincided with the great holidays of Judaism. Respectively, they happened on April 15, 2014, April 4, 2015 (the Jewish Passovers), on October 8, 2014, and September 28, 2015 (the Feast of Tabernacles). Such an extraordinary phenomenon causes us to pay more attention to the prophecy in the Bible concerning the blood moon.

It’s recorded in Revelation 6:12, “And I beheld when he had opened the sixth seal, and, see, there was a great earthquake; and the sun became black as sackcloth of hair, and the moon became as blood.” And Joel 2:29-31 record, “And also on the servants and on the handmaids in those days will I pour out my spirit. And I will show wonders in the heavens and in the earth, blood, and fire, and pillars of smoke. The sun shall be turned into darkness, and the moon into blood, before the great and terrible day of Jehovah comes.” From these verses we can easily know that the blood moon will appear before the arrival of Jehovah’s great and terrible day, that is, the appearance of the blood moon is a sign that the great disaster is near.

Seven Seals Have Been Loosed; Where Are God’s Footsteps?

Every Christian knows that the Book of Revelation is God’s prophecy about the last days. Regarding the seven seals, Revelation 5:1-5 record, “And I saw in the right hand of him that sat on the throne a book written within and on the backside, sealed with seven seals. And I saw a strong angel proclaiming with a loud voice, Who is worthy to open the book, and to loose the seals thereof? And no man in heaven, nor in earth, neither under the earth, was able to open the book, neither to look thereon. And I wept much, because no man was found worthy to open and to read the book, neither to look thereon. And one of the elders said to me, Weep not: behold, the Lion of the tribe of Juda, the Root of David, has prevailed to open the book, and to loose the seven seals thereof.”

From these verses we can know that only God Himself can loose the seven seals and open the book. Nowadays, the blood moon frequently appears. Is it a sign that the Lord Jesus has returned and loosed the seals and opened the book? If so, where is He? What is the mystery He has revealed? What is the book He has opened? I think it’s the key question that we Christians should seek most when seeing the blood moon again.

The appearance of the blood moon is the beginning of the great disaster. Nowadays, disasters are frequently occurring around the world, such as wars, earthquakes, droughts, floods, viruses, and so on. The prophecies in the Book of Revelation have already been fulfilled; Jehovah’s great and terrible day will soon arrive and the great disaster is drawing near. In my view, what I should do is pray and seek out where exactly the Lord is and what He is doing now.

The Lord Jesus said, “Ask, and it shall be given you; seek, and you shall find; knock, and it shall be opened to you” (Matthew 7:7). We believe that the Lord Jesus won’t abandon every sheep who truly seeks and searches for Him. Brothers and sisters, let’s pray and call on the Lord together, asking Him to enlighten and move us, so that we can find the Lord’s footsteps soon and welcome His appearance. All this we ask in the name of the Lord Jesus. Amen!

I have heard such a story: The course of eagles’ growth is cruel. In order for the eaglets to hover in the sky, the mother eagle will push them over the cliff when their feathers are full. While they are falling, eaglets exhaust all their strength to flutter to survive. Through struggling painfully, finally they can fly. However, for the sake of letting them soar in the high sky, the mother eagle will break their wings and push them over the cliff again. This time, they will suffer more pain than before. Yet no matter how painful they are, they still have to flutter their broken wings. Because only by doing this can they hover in the high sky; otherwise, they will never be able to fly in the blue sky.

END_OF_DOCUMENT_TOKEN_TO_BE_REPLACED

I believe that many people must be familiar with the story about the woman of Samaria: When drawing water, the Samaritan woman ran into the Lord Jesus who asked water of her. She then recognized that He was the coming Messiah in prophecy during their dialogue.

END_OF_DOCUMENT_TOKEN_TO_BE_REPLACED

The Lord Jesus said, “Repent: for the kingdom of heaven is at hand” (Matthew 4:17). From the Lord’s words we know that to enter into God’s kingdom, we must confess and repent to Him. But what is true repentance? Dear brothers and sisters, the following article will explain it to us and help us find the right way of practice. I have benefited from it

END_OF_DOCUMENT_TOKEN_TO_BE_REPLACED

From the moment you come crying into this world, you begin to perform your duty. You assume your role in the plan of God and in the ordination of God. You begin the journey of life. Whatever your background and whatever the journey ahead of you, none can escape the orchestration and arrangement that Heaven has in store, and none are in control of their destiny, for only He who rules over all things is capable of such work. Since the day man came into existence, God has been steady in His work, managing this universe and directing the change and movement of all things. Like all things, man quietly and unknowingly receives the nourishment of the sweetness and rain and dew from God. Like all things, man unknowingly lives under the orchestration of God’s hand. The heart and spirit of man are held in the hand of God, and all the life of man is beheld in the eyes of God. Regardless of whether or not you believe this, any and all things, living or dead, will shift, change, renew, and disappear according to God’s thoughts. This is how God rules over all things. END_OF_DOCUMENT_TOKEN_TO_BE_REPLACED

It was drizzling and the road which usually had a busy traffic became extraordinarily quiet. Holding up an umbrella, a young lady was walking on her way back home when a long sharp knife was suddenly put to her neck. She who was held under a murderer’s threat kept calling out to God in her heart, and finally God saved her from danger. This deep-graved experience made her have her viewpoint totally changed and understand that pursuing the truth is the most valuable thing.

END_OF_DOCUMENT_TOKEN_TO_BE_REPLACED

“1 Then shall the kingdom of heaven be likened to ten virgins, which took their lamps, and went forth to meet the bridegroom.

2 And five of them were wise, and five were foolish.

3 They that were foolish took their lamps, and took no oil with them:

4 But the wise took oil in their vessels with their lamps.

5 While the bridegroom tarried, they all slumbered and slept.

6 And at midnight there was a cry made, Behold, the bridegroom comes; go you out to meet him.

7 Then all those virgins arose, and trimmed their lamps.

8 And the foolish said to the wise, Give us of your oil; for our lamps are gone out.

9 But the wise answered, saying, Not so; lest there be not enough for us and you: but go you rather to them that sell, and buy for yourselves.

10 And while they went to buy, the bridegroom came; and they that were ready went in with him to the marriage: and the door was shut.” END_OF_DOCUMENT_TOKEN_TO_BE_REPLACED

The Bible records, “When Jesus came into the coasts of Caesarea Philippi, he asked his disciples, saying, Whom do men say that I the Son of man am? And they said, Some say that you are John the Baptist: some, Elias; and others, Jeremias, or one of the prophets. He said to them, But whom say you that I am? And Simon Peter answered and said, You are the Christ, the Son of the living God.